‘Abz was brave to admit he has Asperger’s!’ 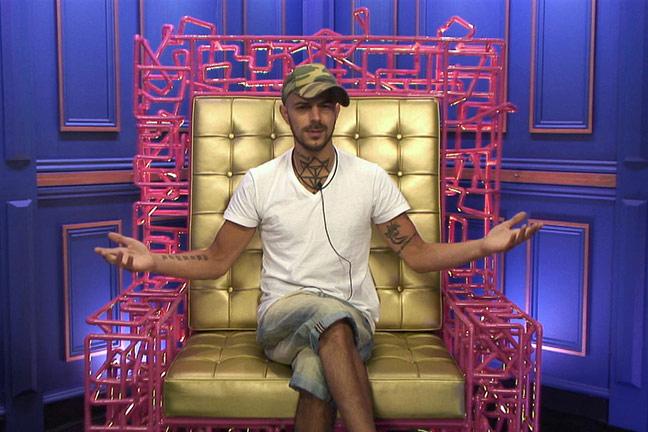 As a mother of two boys with autism, Anna Kennedy believes the more we know about autism the better.I’d never really given autism a second thought until I was told my sons Patrick and Angelo were both autistic. It was the mid-1990s, and they were unique as there was no one else in my area like them and no other mums in the same situation. I felt isolated.

My frustrations were focused on finding someone to blame – but it wasn’t anyone’s fault. I mean, you still have the same kids but no one sits you down and tells you what ‘autism’ actually means, what to expect, how to cope, nothing. I’d heard the word autism, but my first thought (probably like everyone else) was the film Rain Man with Dustin Hoffman and Tom Cruise. You know the one. Wholly inaccurate, of course. As my boys grew I discovered they both had problems with interacting with other children and using their imaginations.

I first really noticed it when we’d buy toys for my eldest, Patrick (now 20 years old). He’d inspect them closely to make sure they were just perfect and he’d become irritable and angry if even a dot of paint was out of place. Patrick was hungry for information and consumed every word in the English dictionary, reading it from front to back. By two years of age he had memorised the alphabet and knew over 50 Thomas The Tank Engine stories off by heart.

My boys are amazing but they have no sense of danger and have to be watched all the time. My youngest Angelo more so, he once sat on next door’s chimney because he likes heights. My heart was in my mouth but he saw no danger in doing that. As amazing as my boy is he couldn’t play with other children, instead he would stroke their face or ask them lots of questions.

My heart broke as I watched them reject him, and he started saying to me: “Human beings are horrible, I prefer animals”. Both of my boys were out of mainstream education for three years, receiving five hours of home tuition a day. I had one tutor who had never worked with children with autism and by the third day she was crying with frustration and hysterical as she had no idea what to do with them.

Share this:
News‘Abz was brave to admit he has Asperger’s!’