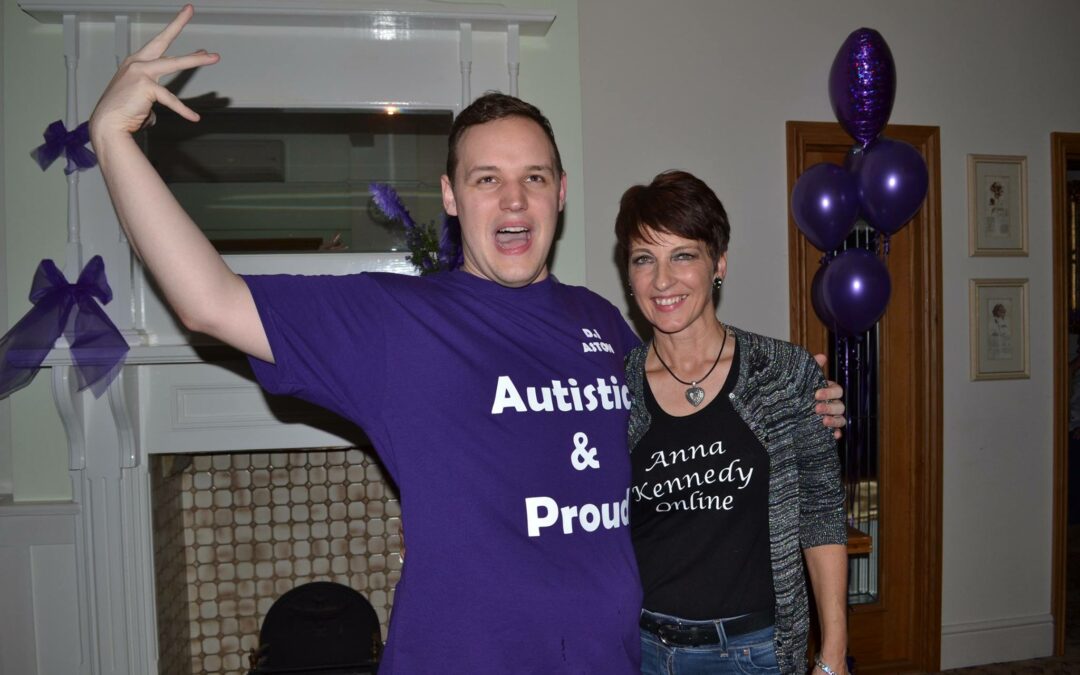 My guest this week on my weekly ‘All things Autism’ Women’s Radio Show was Dawn Avery. Dawn and her husband Keith were my first charity champion couple . They both cover the Essex region and were first involved with Anna Kennedy Online in May 2015 when their son Aston took part in ‘Autism’s Got Talent’.

Dawn and Keith’s son Aston Avery is a young man who has overcome a great deal in his young life. Aston was diagnosed with autism at just two and a half. He also suffered from the bowel disease enterocolitis which leaves bowels and internal muscles not working and causes inflammation of the intestines.

From the age of four he spent most of his life undergoing a number of operations to fix the digestive disorder before having a full colostomy when he was eleven. On top of all of this was his autism, making communication with the world around him a challenge at best, impossible in many cases.

Seven years ago he joined La Danse Fantastique Theatre School, based at Basildon’s Salvation Army hall in Cherrydown West. This turned out to be one of those life changing moments for this exceptional young man.

In time the discipline and hard work he put into his involvement with this charity began to improve his confidence and help him mix with his peers.

This hard work and determination have been recognised by Anna Kennedy Online and Pineapple Performing Arts School where he has been awarded a scholarship for a second year running.

Dawn shares: ‘I cannot thank Anna and Women’s Radio Station enough for inviting me on to the show.  It gave me the opportunity to open up fully about Aston’s journey and to share some very intimate inner feelings with a wider audience.  Raising awareness of autism and fundraising for very important causes has taken over our family life. Being able to share the path that lead us to this was both humbling and emotional.

It is my feeling that if what we discussed on the show helped just one family realise they are not alone and that you can raise a positive from a negative then I feel it is a job well done.  The support Aston has gained from becoming an Ambassador of AnnaKennedyonline and spreading autism awareness and acceptance has given him the opportunity to embrace his condition.  Aston certainly is ‘Autistic & Proud’ .

If you missed Dawn and Anna’s interview you can listen again at 1pm every day this week on www.womensradiostation.com