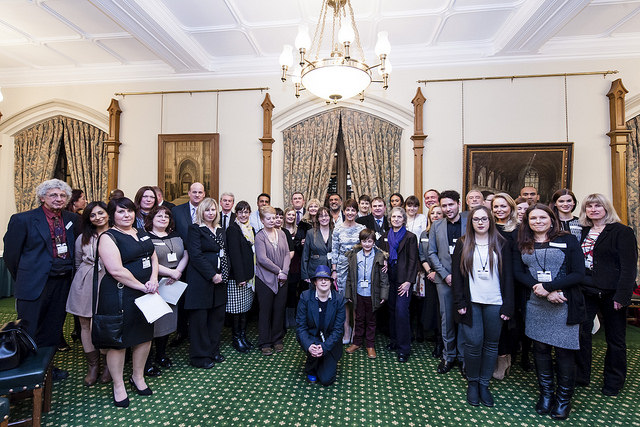 After our AnnaKennedyOnline UK Survey on Autism Diagnosis at the beginning of 2014 my husband Sean, Austin Hughes and I still working on our campaign and speaking to families. Here is a little reminder of our meeting with Department of Health in London:   Wednesday Feb 5, Anna Kennedy OBE and Austin Hughes, Senior Officer from Anna Kennedy Online, met with Department of Health officials to discuss the findings of their recent Autism Diagnosis Survey in the UK results. We reported on this on Feb 4. Anna Kennedy said of the survey results that: “The shocking truth of waiting times and healthcare training in relation to diagnosing autism has been revealed “

Anna Kennedy also launched a petition calling for consistency in the NHS when diagnosing autism and to date there are over 3250 signatures. These results were highlighted in the meeting with Department of Health officials and representatives of the National Institute for Health and Care Excellence (NICE) who are responsible for the monitoring and maintaining of the recognition, referral and diagnosis of autism in young people. The survey revealed that the average waiting time for gaining an initial diagnosis in children is 5 years.

Anna Kennedy discovered by conducting her own research into the survey’s findings and through working closely with psychologists, psychiatrists and GPs, that when training, medical professionals only encounter 1-5 children on the autism spectrum, They also only have one day in which to learn about autism and this is simply a short module on child psychology. Anna emphasises that this lack of training can be detrimental in diagnosis as early intervention and a thorough understanding of Autism Spectrum Conditions is critical.

Anna said: “There isn’t any direction in the action of diagnosis, and for too many years, people have tried to fit an issue in a box that it never will.”

Anna Kennedy OBE launched the petition after becoming frustrated with the unclear guidelines set out by the NHS. Parents with children who have previously been diagnosed with Asperger’s Syndrome, which is now Autistic Spectrum Disorder (ASD), are now being told that this particular diagnosis no longer exists, and that their child’s symptoms no longer meet what is considered Asperger’s. Issues were raised with officials in regards to the need for further training in the use of DSM-V for professionals.

The survey results found that some health professionals are now no longer diagnosing children with being on the autistic spectrum as ‘Asperger’s’ has been dropped from the DSM-V: “The petition and survey were the result of many frustrated parents, who contacted me via social media and my website, querying the waiting times and delays in autism diagnosis. The survey received 150 responses in two days and 2000 in two weeks. And the results were very defining.” Amidst the frustration, the meeting with the Dept. of Health was very positive.

“There was a focus on raising awareness of autism. The Department of Health was also in agreement regarding the inconsistency with healthcare training, and they stated that they have in place ‘Children and Young People Forum’ made up of professionals including Dr Gillian Baird autism specialist to develop improvement strategies. The Department of Health and NICE are sharing the results of my survey with this group since they were genuinely alarmed together with the survey results from Goldsmith University completed by 84 Professionals .” (The Professionals survey results compiled by Dr Laura Crane confirmed our findings.

Anna did emphasise that all medical professionals need to work together to overcome this problem and improve the times that children are diagnosed. Barriers also need to be broken down between professionals and parents:

“At the meeting was a NICE representative who was part of the development group which worked on the new NICE autism guidelines that were launched end of January. I said that they were great however, only guidelines and not requirements or mandatory. The group of officials replied that they did not have the remit to make them obligatory. I said that there would not then be any incentive really for them to be followed. They could just sit on a shelf somewhere within a local health service and gather dust. The officials said lets just give it time its still early days. My worry is that the 10 year Autism Manifesto, Autism Act 2009 that families were excited about when launched would not give them improved autism services that was highly anticipated.Fifteen years ago, healthcare training wouldn’t mention autism or focus upon the hidden impairment, so why in the 21st century, is autism still being swept under the carpet.”