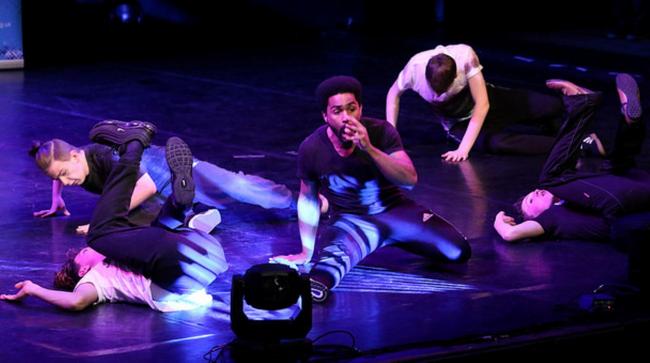 AUTISM with Attitude, the street dance group from Hillingdon Manor School, are off on a European adventure next month. The school made history last July when they qualified as the first special needs dance team to reach the finals of the United Dance Organisations Championships. Now, they are preparing to compete in the next stage of the competition, the European Championships in Kalkar, Germany, from May 11-13.

This Friday (27) April 2018, on Autism Dance Day, they will be refining their moves and joining other young people with autism across the UK to raise awareness of autism.

Dance teacher Jonathan Baron founded Autism with Attitude in 2013 after students were offered the opportunity to perform in Autism’s Got Talent, a show also set up by Anna Kennedy.

In preparation for their flight, Jonathan recently took the students to Heathrow to perform a flash mob dance. It marked World Autism Awareness Week  and enabled the students to familiarise themselves with the airport.

Anna Kennedy Online has been working with Heathrow airport to raise autism awareness and the street dance crew performed at every terminal.

Jonathon said “Not only are these talented students making history in the world of dance, they are really challenging themselves, conquering new feelings and environments, representing the UK acting as role models to young people with autism nationwide.”

Hillingdon Manor School provides specialist education and support to pupils with autism aged three to 19. This was set up by Anna Kennedy in 1999, when Anna’s two sons, Patrick, 27 and Angelo, 24, were both diagnosed with autistic spectrum conditions as young children. The severity of their conditions meant that they were turned away from local mainstream schools, as they couldn’t cater for their individual needs. Both boys were finally offered just five hours of home tuition per week.

Anna decided something had to be done for her boys, and with the help of her husband , she took on the challenge of setting up a school. They relentlessly fund raised and re-mortgaged their home to raise funds, and in 1999 Hillingdon Manor School finally opened its doors. Starting out with 19 pupils the school now teaches 175, and is the largest school of its kind for children on the autism spectrum.