Autism’s Got Talent, The Mermaid Theatre, London, 7th May 2016 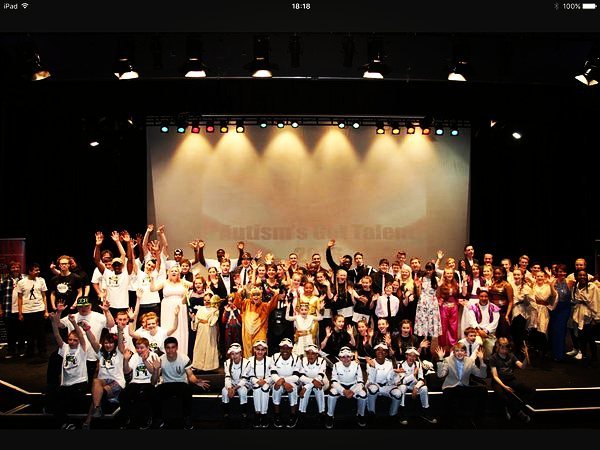 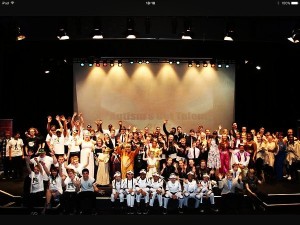 With amazing performances, special announcements, and a host of celebrities, this years Autism’s Got Talent, hosted by Anna Kennedy OBE and supported by Pineapple Performing Arts, was the best year yet!

Autism’s Got Talent provides a platform that showcases an array of diverse talent from performers who are on the autism spectrum.

Established by autism charity, Anna Kennedy Online, the event is changing lives and the perspective of autism.

This year, as well as the UK, the now renowned showcase offered acts from talented individuals and groups from around the world including Croatia, the US and Canada, proving what a global impact the event is having.

The event also attracted the attention of key celebrities including Melanie Sykes, Lizzie Cundy, Robin Windsor and the BBC The A Word’s Lee Ingleby and Molly Wright. All who presented and introduced the performers on stage.

“The acts this year have been phenomenal and the show was an emotional roller coaster for all involved. The level of talent is incredible, and the feedback and support has been overwhelming. AGT is a great opportunity for those with autism to get up on stage and really show what they can do. So often society views these people as difficult and uncommunicative but this event really dispels that myth, and showcased some amazing talent! Bring on 2017!” – Anna Kennedy OBE, Founder of Anna Kennedy Online

Previous year success stories include a contemporary dancer who is now performing for Sadlers Wells and last year, Kaner Flex performed, who is now featured in the Calvin Klein campaign with FKA Twigs. This year, the performers include singers, dancers, poets, magicians, musicians and gymnastics, and the AKO team can’t wait to see what they will go on to achieve.

On the night, Anna also announced the charity’s first ambassadors. Devoted father and charity supporter Phil Wills. And Aston Avery, who performed in 2015, and won a year scholarship to Pineapple.

Aston performed with Pineapple Performing Arts at this years event, who also opened the show with a stunning Aladdin dance routine.

“We are so pleased to have co-hosted this event. I have been truly amazed at how talented and committed these people are. They show us, again and again, that we should never label people and always look for the best to come out naturally.” -Maggie Paterson, Head of Pineapple Performing Arts.

The show was filmed by BBC and shown on BBC .

Share this:
EventsAutism’s Got Talent, The Mermaid Theatre, London, 7th May 2016