Raising children on the ‘Autism Spectrum’ is demanding 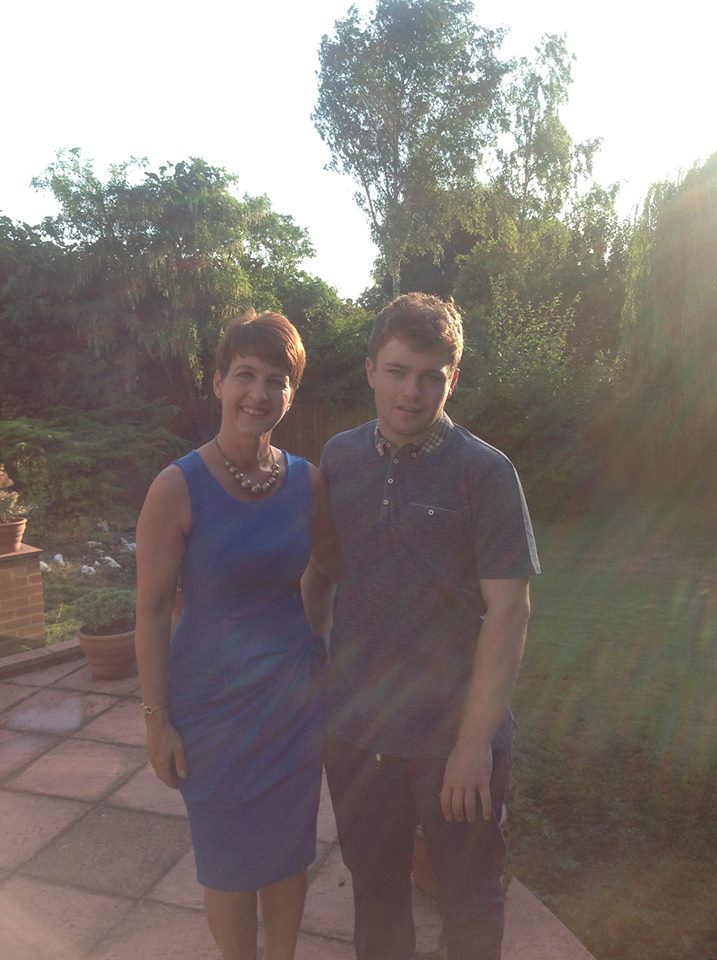 My son, Patrick, was diagnosed with Asperger’s and we were told when he was 7 years old. I later discovered my youngest son Angelo, had autism and Epilepsy.

Patrick actually had been diagnosed three years earlier but the consultant paediatrician hadn’t told us. We didn’t find out until we went to a meeting at school about his behaviour, when he was seven. They said: ‘Why didn’t you tell us Patrick has autism?’ I said: ‘Because I’ve only just found out.’ I felt a rush of blood to my head. I thought: ‘I’ve got two kids on the autism spectrum.’

Patrick had been having difficulties at school; he wouldn’t go into the classroom and he would get very anxious and angry. He’d ask: ‘What does bird brain mean?’, which is what the other children would call him. At the time, in the 1990s, I was told my sons were unique and there was no one else in the area in the same situation. It made me feel isolated.

You look for someone to blame but there isn’t anyone. You still have the same kids but no one sits down and tells you what ‘autism’ means. The only thing I thought about was the film Rain Man.

You discover they have problems with social interaction and imagination.When we’d buy things for Patrick, he’d inspect them closely to make sure they were perfect. He’d be very unhappy if even a dot of paint was out of place. He’d be hungry for information and read dictionaries. He’d memorised the alphabet by two and knew 50 Thomas The Tank Engine stories off-by-heart.

He found it difficult to play with children – he’d stroke their faces or ask them lots of questions. As they rejected him, he started saying: ‘Human beings are horrible,’ that he preferred animals and he became really angry.

They were out of mainstream education for three years and getting five hours of home tuition a day. It was very frustrating. One lady had never worked with children with autism and by the third day she was crying, saying she didn’t know what to do with them. I’d read lots of books saying early intervention is crucial,yet people are left to deal with it themselves until it reaches crisis point. As much as you love your children, it can be physically and mentally demanding.

We found an empty school in our area that was going to be turned into flats. We decided to set up our own school for children with autism. We had to refurbish the school in 18 months. I asked for help in the local paper and got it – there were so many families who’d been affected by autism who wanted to help.

We opened in 1999 with 19 children. My two children were the last two to be funded – we thought they might not get in. We’ve now got 150 children who travel in from 17 local authorities and we have opened another school in Kent. Patrick’s now 23 and works as a gardener and maintenance man at our new school. He’s learning about the world of work. Angelo’s 20 and started at West London Community College.

West London Community College is the Vocational College we have set up. When they get to their late teens or early twenties, you have to be careful – their behaviour is often misinterpreted and they can get into difficulties and even arrested.

Of course, I’m worried about the future for my sons –that’s why I’ve done everything I can to try and give them the best education and help them become as independent as possible. There’s more awareness now than when my children were diagnosed but it’s still not well understood among wider society.

Some children can cope in mainstream school, others just can’t. Some children need day-to-day support and will need it for the rest of their lives. They don’t have a sense of danger. Angelo ended up sitting on next door’s chimney because he likes heights – he sees no  danger in that. I’m never going to retire.

I’ve achieved things I never thought I’d achieve and I’m driven by the love I have for my sons. I’ll never give in.My motto is ‘Give up, Givein or Give it all you’ve got! ‘ I’ll help as many children and adults with autism as I can because I remember how isolated I felt when my children were first diagnosed.

Share this:
NewsRaising children on the ‘Autism Spectrum’ is demanding